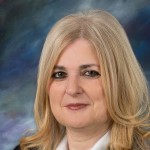 Josephine A.L. Palumbo is currently Deputy Commissioner of Competition for the Cartels and Deceptive Marketing Practices Branch of the Competition Bureau. She previously held the position of Deputy Executive Director and Senior Litigation Counsel for the Department of Justice (Competition Bureau Legal Services). Ms. Palumbo has been with the Justice Department for approximately twenty-five years during which she has had carriage of high profile and complex litigation matters. She has appeared before Federal and Provincial Courts as well as several administrative boards and tribunals.

During her term with the Legal Services Unit of the Competition Bureau, Ms. Palumbo was counsel to the Commissioner of Competition and to the Attorney General of Canada within the competition law specialty for twenty years prior to which she was Counsel with the Civil Litigation Unit at Justice Headquarters.

In the area of marketing and advertising law, Ms. Palumbo has been senior counsel on several high profile leading cases such as The Forzani Group Limited and Suzy Shier Inc. The latter cases were resolved under the Ordinary Price provisions of the Competition Act with the registration of Consent Agreements with the Competition Tribunal. Ms. Palumbo was also involved in the resolutions of the Grafton Fraser Inc. case and the matter of Media Syndication Global, Havas S.A., Interactive Marketing Group ULC, all of which were cases concluded with registrations of Consent Agreements with the Competition Tribunal which included significant Administrative Monetary Penalties and Restitution orders. Ms. Palumbo was lead counsel on the National Energy Corporation and Just Energy Group Inc. (residential water heaters) matters which was resolved with a Consent Agreement that included, among the terms, a significant administrative monetary penalty and consumer restitution.

Ms. Palumbo has also led criminal prosecutions in the areas of deceptive telemarketing and false or misleading representations under the Competition Act and as such she has carried the role of Prosecutor for the Federal Prosecution Service (now the Public Prosecution Service of Canada).

Ms. Palumbo has been invited as a guest speaker in the area of Competition Law and the practice of law in the Department of Justice and has taught sessional courses at the University of Ottawa, Queen’s University and Trinity College. Ms. Palumbo graduated with honours from the Faculty of Law, University of Ottawa and was admitted to the bar of Ontario in 1993. She articled with the Judiciary of the Tax Court of Canada and the Federal Court of Appeal.